DOES THE FIRST LINE OF YOUR STORY POP?

So, put away the proverb. Erase it from your mind, because First Impressions do count, when writing.

There are many great works of literature that offer a peek into the story with their opening sentence. One you will surely know is a classic novel, written in 1859, that is still being read and discussed by university lecturers: A TALE OF TWO CITIES by Charles Dickens.

To this day, it is quoted over and over; remembered by all because it told you just enough to peak your curiosity. Your first sentence should suggest something about your story, be it character driven or driven by the plot?

If it is character driven, a wonderful example is LORD JIM, By Joseph Conrad, which was published as a serial between 1899 and 1900.

“He was an inch, perhaps two, under six feet, powerfully built, and he advanced straight at you with a slight stoop of the shoulders, head forward, and a fixed from-under stare which made you think of a charging bull.”

The first sentence could be an introduction to the plot of the book like 1984, written by George Orwell, and published in 1949:

Many novelists begin their story without putting down the first sentence. Knowing how important that first sentence is causes many to think and re-think before taking action. Sometimes, getting into the story, leaning more about your characters or where the plot is taking you, may alleviate any discomfort and allow you to return to the beginning, to put that first sentence down.

”The course of true love never did run smooth”—-SHAKESPEAR

On Valentine’s day everyone thinks of Love and Romance.  Whether young or old, the day invokes memories.

If you are a Romance Writer, you are always interested in learning more about how to move your readers from a first kiss, to a breakup and finding a new love.  As an author, you try to find a new approach to an old story.  Boy meets girl.  Boy loses girl. Boy gets girl back and they live happily ever after—End of story.  Or is it?

Most books, regardless of genre have an attraction somewhere on the pages, even if it is a sub-plot. As a writer, it is your job to make your readers care about your characters, their lives, and their relationships with others.  Only in fairy tales do the characters live happily ever after.

Boy meets girl.  She is beautiful, smart, and well endowed.  He is handsome, brilliant, and successful. Perfect!—Right?   NO! Everyone has faults, problems, and dreams. So must your main characters.  Give her some quirky habits. Allow him to have secrets.

There are subtle techniques to keep your readers interested.  Special words help your readers turn the page (She heard his footsteps advance toward her and her heart jumped with excitement) Or, whisper into your reader’s ears to trigger a memory.(He heard a familiar voice and a pit formed in his stomach).

But, let’s talk about writing an actual romance.   We can convey love without saying a word. That is where the “show, don’t’ tell” comes in. A touch, a look, the memory of a shared experience, can say a lot. There is no need to say the magical three words.   Writing about Love is difficult. You have to work harder to convey it without saying it.

Another question:  How to create suspense through flirtations?  To be a good writer, one must learn to be both a seducer and a lover.  Begin with flirtations, luring the reader into your world.  Is she a teaser, promising much but giving little?  Is he not what he seems? Learn to master the art of dangling a carrot before your reader.  Plant the idea and your reader will crave the answer. There should be tension, and anxiety between both characters.  Without it, your reader will not experience any pleasure at the end of your story.

This is a condensed version of a wonderful issue of Writer’s Digest, for February, 2018.  If you do not already have a subscription, you are missing a great magazine. 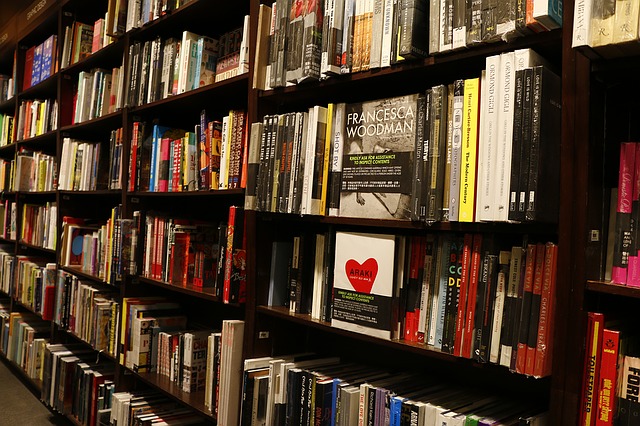 Want a top SEO ranking?  Want to increase your followers and interest more readers? The right keywords is the key.

Remember the last time you searched for something on-line, typed in your word or phrase,  and lots of options came up?   Those were keywords your browser found by   roaming the internet. Not all words are ranked high. Why?  As you can guess, rankings are determined by how many times a keyword appears in either an advertisement or on a landing page on your website.  Even Posts are searched.

Example, say you are writing a romance novel. If you search the word “ROMANCE”, you will find, in Amazon, many books about Romance—too many. It would be difficult to find your book. So, you decide you need to narrow the search, and select “Historical Romance”. Even though Amazon does list sub-categories such as: (Victorian, Scottish, Time Travel, etc.)  What if you still need help in finding the right phrase or keywords so your romance novel stands out?

Begin, by making a list of all the words and phrases used in your book. Go page by page; chapter by chapter and write down what you think.  Then list them on a piece of paper. Ask yourself, what is special about your book.  What does it say?  Is its’ strength your plot or characters or events? Write those words down.

Then check Amazon for its rankings, using the list of words and phrases you have written down. Go to: http://www.amazon.com Select kindle store and type in your first word.  Write down suggested keywords.

Then try Google.  It will evaluate and suggest keywords  used by advertisements on book campaigns. You will need to set up an account with Google. It is easy and fast. When asked: your product category is Books & Literature. By the way, Google is free.

Most writers agree both Amazon and Google mirror the same keyword rankings. It does not hurt to compare them.

I want to thank Bookbaby.com  for its wonderful booklet on Unlocking Your Amazon Keywords.