Halloween is one of America’s favorite holidays. But, what started it and why?

It originated in Ireland 2,000 years ago, with the Celtic festival of Samhain, when people lit bonfires and wore costumes to ward off ghosts, goblins, witches, black cats, and demons. They believed. the souls of the dead revisited their homes on October 31st.

Many, to this day, believe Halloween is akin to paganism.

Something I found interesting is the origination of the Jack-0-Lantern. Legend says there was a stingy drunk named Jack, who tricked the devil into climbing an apple tree for an apple, but then cut the sign of a cross into the trunk of the tree, to prevent the devil from coming down. He forced the devil to swear he would never come after his soul and the devil reluctantly agreed.

When Jack died, he was turned away at the gates of heaven, and sent to the devil, who also rejected him. As he was leaving hell, he was eating a turnip. The devil threw a live coal at him. Jack put the coal inside the turnip and since then he roams the earth with his Jack-0-Lantern. 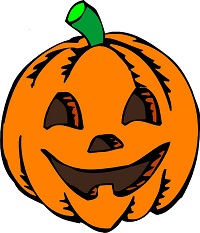 Are you a fiction writer?   Check this out

I tried several Editing programs,—all good, but one stands out for me: AutoCrit— WHY?

AutoCrit’s editing program sees what you miss, and advises you, making it easy to revise without changing your meaning.

A huge plus is comparing your writing to others also writing in your genre. I find it valuable to know how my fiction compares to other successful authors.

Try it, FREE, by clicking on the link below.